Enter a video of your pet parading in holiday costume for the virtual Holiday Walk Pet Parade!

Sadly, tragically, unbelievably, horribly disappointingly true: there is no FULL MEETING recording of Monday, November 9 Select Board Mtg, the first municipal meeting that Chief Kyle Johnson addressed & was available to questions from the public since the case against him, the Town, & Town Manager became public in August.
WilliNet received a query last night from Josh Fredette regarding this outcome, for fuller community understanding we share this email follow-up after a morning phone conversation with Mr. Fredette:

I’m glad we were able to connect this morning on the phone.  I appreciated the opportunity to share WilliNet’s mission, history, relationship to the Town of Williamstown, as well as detailing WilliNet’s commitment to having a camera in the room where it happens.
Again, briefly, WilliNet covers 12 different municipal & school committees, averaging 180-200 meetings @ year, with a staff of 1 fulltime, 1 half-time, 1 mini-time.  We discussed WilliNet’s “engineering pivot” required by the constraints of COVID–recommending Zoom to the Town Manager as the platform for remote meeting (this was on Tuesday, March 6, 2020) which led to entirely new staffing and broadcast protocols for live meeting coverage.  Of the 131 meetings WilliNet broadcast, rebroadcast, and uploaded to willinet.org  in the past 9 months (March 16 – November 13), by my reckoning, only 2 meetings were not recorded for rebroadcast. Both of those meetings were broadcast live in their entirety. There was only 1 meeting – a 5:00pm Affordable Housing Trust mtg – that was not broadcast (my fault- I completely spaced it). All three incidents were due to human error.
Getting to the Select Board Mtg of Monday, November 9, 2020, there was a confluence of human error. Our freelancer-operator opened the zoom link on the computer hooked-up to ch 1302 instead of ch 1303, that led to him being late to logging on, in fact, joining the SB meeting already in progress.  Generally, WilliNet is the first participant brought into the zoom event by the host (either Town Manager Jason Hoch or Town Planner Andrew Groth or DIRE Chair Mohammed Memphis or Mt. Greylock interim-superintendent Putnam) approximately 10 minutes before the start of the meeting. At that time, we confirm audio, video and WilliNet reminds the host to start recording as the zoom event is scheduled and hosted by the Town of Williamstown or MGRSD.  This normal course of events did not occur before Monday’s Select Board Mtg.   As host, Jason did not hit the record button at the start of the meeting.  At 9:30pm, I received a text from a TV viewer saying the bulletin board came on before the meeting had ended which happened because our operator did not suspend the programming scheduled to play at 9:30pm.  I called him, he had corrected that, returning to the meeting in progress. The viewer had also texted Jane Patton, Chair, who I understand texted Jason.  After talking with Jason about what happened, it was at that point that he realized he’d never hit record and did so… at approximately 9:36ish. The meeting adjourned a bit after 10pm, thus the last 32+ minute recording that WilliNet is rebroadcasting on tv and posted online with this opening graphic statement:
“The Select Board meeting  on 11.9.20 was broadcast live in its entirety on channel 1303.  Due to human error, this recording is the final 31minutes of the 3 hour+ meeting.”
To be clear, nothing was cut, tragically there was no recording to cut.
In the past, when meetings were live from our Town Hall set-up we had backup recording protocols.  Currently, our aging Cablecast video server no longer is able to record broadcasts as they happen– a backup.  WilliNet will be upgrading our server this spring, a complicated and expensive endeavor but which will allow wonderful options for our various audiences: online, on cable TV, on smart TVs.  (insert donation pitch HERE)
We also discussed the importance of this particular Select Board meeting, the first municipal meeting that Chief Kyle Johnson addressed and was available to questions from the public since the case against him, the Town, and Town Manager became public in August.
WilliNet works tirelessly to keep the camera in the room where it happens… during these covid-zoom-times in all the rooms where it’s happening. WilliNet’s record demonstrates our commitment to providing transparency, citizen engagement in real-time when policies, budgets, personnel, bylaws, land use, housing, capital projects, curriculum, fees, taxes, procedure protocols are determined, and creating a record of those primary sources of town business, so critical to a healthy, future-friendly community.
Again, thank you for emailing WilliNet to share your concerns and “talk to whomever was responsible for cutting out 3 hours of the meeting.”  I hope you will share this with your network.  I’ve included the Select Board and Chief Johnson here.
Onward,
Deb Dane
cc Co-Presidents Marge Chamberlain & Elinor Goodwin
Debby Dane
Executive Director
WilliNet, Connecting You to Your Community
34 Spring Street
Williamstown, MA 01267
413-884-3309
willinet.org

Ecu-Health Care can help determine your eligibility & options for health insurance.  Please call: 413-663-8711.  Staff is available to assist you over the phone Mon-Thursdays between 8:30am-5:00pm & Fridays – 8:30-4:00. (The office is currently closed to in-person appointments.)

Ecu-Health Care is the designated outreach & enrollment site in northern B’shire County for all of the Mass. health programs.  Ecu-Health Care helps residents enroll into all supplemental programs associated with Medicare. 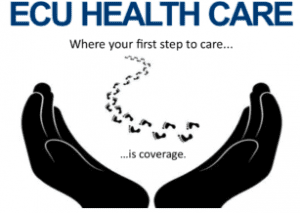 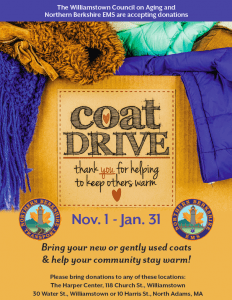 FREE & open to public 6pm, THU. DEC 10, the 1st panel will feature artists Nick Cave, Shaun Leonardo, Steve Locke, and Xaviera Simmons. Visit massmoca.org/in-session for more info. Topics for discussion include: What is trauma and what do we mean when speaking of Black trauma? Who holds permission to use images of violence against Black and Brown bodies? Who grants this permission? What are an art institution’s responsibilities toward audiences when hosting work regarding violence enacted against Black and Brown bodies?